We’re no strangers to the popularity of reels and videos, especially short videos. In fact, the most popular career for children when asked, would be “YouTuber”. But many wannabe YouTubers struggle with monetizing their channels in a timely fashion. In this post, you will learn How to Get 1000 YouTube Subscribers in 2023.

As of April 2022, the YouTube audience for the US stood at 247 million viewers, making it the second-largest YouTube audience behind India. In addition, 62% of users watch YouTube videos daily in the US, according to Statista.

This is a great opportunity for businesses and content creators alike to focus on providing unique and engaging video content.

I’m a fairly impatient person (don’t judge. I’m working on it), so my goal with starting that channel was to qualify for monetization in 90 days (I couldn’t even think of How to Get Your First 1000 YouTube Subscribers in 30 days). I know myself enough to know that if it took too much longer than that, I’d lose my will to follow through.

In order to qualify for monetization on YouTube, a channel has to have 1000 subscribers, and 4000 watch hours in a 12 month period.

With only one subscriber, my first month was abysmal. Discouraging.

My second month wasn’t much better. I got something like 9 subscribers, but truthfully speaking, I was excited.

It was month three that got me hooked on YouTube.

To say that I was ecstatic is an extreme understatement.

My first YouTube check was for $689. Not bad for the first payment.

Let me break this down for you

Step 1: Consistency does NOT equal frequency

I went into the creation of my YouTube channel with one belief. That in order to make a dent on any online platform (social or otherwise), I needed to not only be consistent, but I needed to be FREQUENT with my posts.

You’ve probably heard that in order to be successful on YouTube, you have to be “consistent”. Well…posting once a month for a year is consistent. But not nearly frequent enough to make a dent in an ocean of other channels and videos.

So, for that first month, I think I posted a new video once or twice a week. Clearly, as I only got one subscriber that month, it did nothing. But I was thankful for that one subscriber. Before starting my channel, I was terrified of being in front of the camera. It was (and sometimes still is) an anxiety inducing effort so I posted less often.

Month two, I stepped up my upload schedule to post a new video 3 times a week. It got me 9 subscribers and a few more watch hours.

But in month three (April), I was a beast. I posted every single day. Sometimes twice a day. My subscriber count for that month jumped by 1000+, and my watch hours climbed to 4200+.

On May 3 I qualified for YouTube monetization, 88 days after I started the channel. On May 4th I got the ‘official’ verification email from Team YouTube.

Do you see what I did there?

In 3 months, I probably uploaded 50 -70 videos on a brand new channel.

But here’s the thing. I feel like if I’d done in month 1, what I did in month 3, my channel would have monetized much more quickly!

I think of getting noticed online this way; The web is kind of like a swimming pool. If you squeezed an eyedropper full of sand into the pool, it wouldn’t do anything. No effect at all. No one would notice.

But if you dumped 100 buckets of sand into that same pool, the effect would definitely be noticeable.

YouTube is the ‘swimming pool’ in this scenario. Your videos are the sand. Every other YouTube channel is water in the pool. You and your videos are competing with millions of other channels who’ve been on the platform for years.

In order to make any kind of impact, you have to dump (for lack of a better term) an unusually large amount of content onto the platform in a relatively short period of time. And there are other platforms for which the effort is the same. Pinterest immediately comes to mind.

The other thing that I did to get monetized quickly, was to choose a specific niche for my channel.

It’s hard to compete with other channels that have no real direction; the ‘get ready with me’ video landscape is beyond saturated, and general ‘lifestyle’ type channels can have difficulty finding an audience.

So, like with almost anything else online, my advice would be that you should ‘niche down’ when choosing a topic to create video content about on YouTube. That way, the platform has a way of knowing who to target your videos to.

Step 3: Create Multiple Videos About a Trend in Your Niche

So…regardless of whether your chosen niche is finance, entertainment commentary, beauty, etc. the key is to find a trend that’s going on in that niche, and create multiple videos about that trend, from every conceivable angle.

Those videos got what I like to think of as insane views for a 2 month old channel. Those videos are the ones that Google Analytics (YouTube analytics) tells me got the most subscribers.

But there’s now what I like to call a ‘shortcut’ (no pun intended) when it comes to How to Get Your First 1000 YouTube Subscribers in 30 days, and that’s with YouTube Shorts.

Now that my first channel is a bit older (a whole year and a half), I’ve noticed that when my views take a ‘dip’ (which most inevitably do), I start creating YouTube Shorts, and uploading those 2 or 3 times a day. My subscriber count usually goes up, and so do my views!

So…all that said, if I was to do this all over again, I would start and grow a new YouTube channel by utilizing the all powerful Shorts platform to grow my subscriber count. Once my “sub count” got to about the halfway mark, I would start creating longer form content to get those watch hours up. (All of this is of course, if you have the patience, because it is a TON of work.) 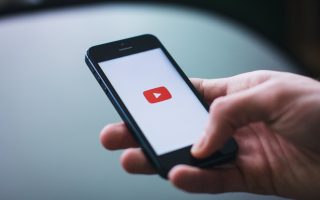 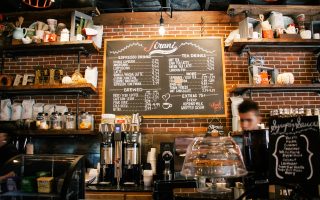 Transform Your Brilliant Idea Into a Profitable Business

Starting a Home Based Business 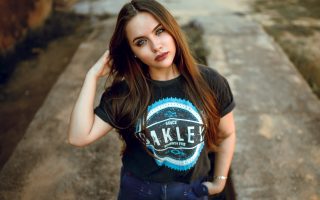 HOW TO GUIDES Print On Demand

9 Steps to Launch Your First Print On Demand Clothing Line 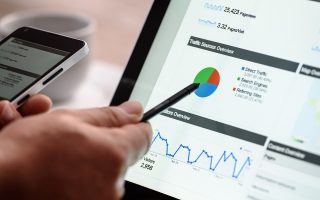 Here’s What They Won’t Tell You About Affiliate Marketing 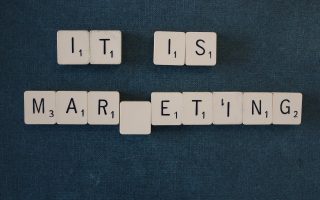 Is Affiliate Marketing a Pyramid Scheme?

My Name is Debbie

Since 2003, I've been an online business/blogging junkie. What I love most is sharing what I learn about starting a business, and making money online.